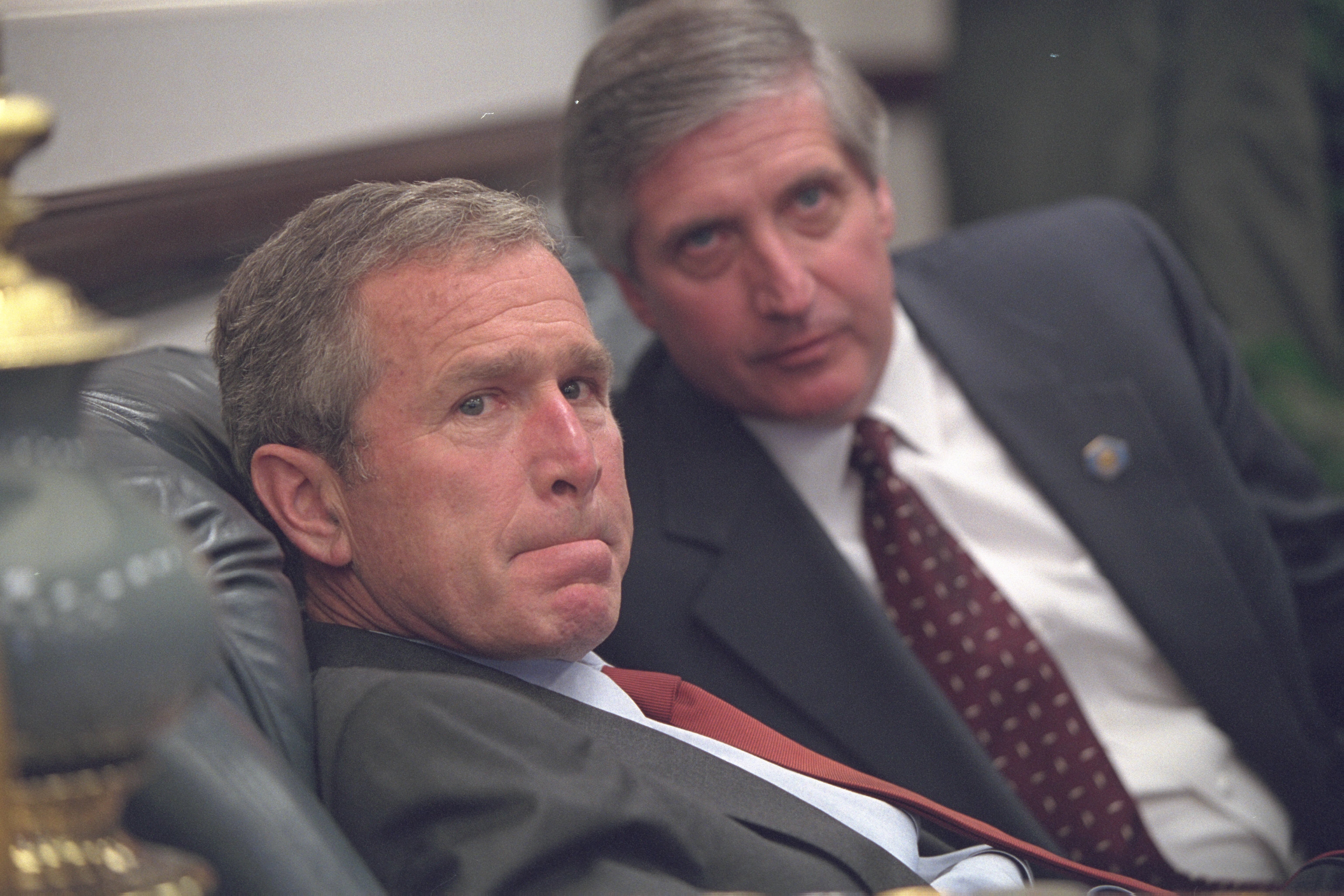 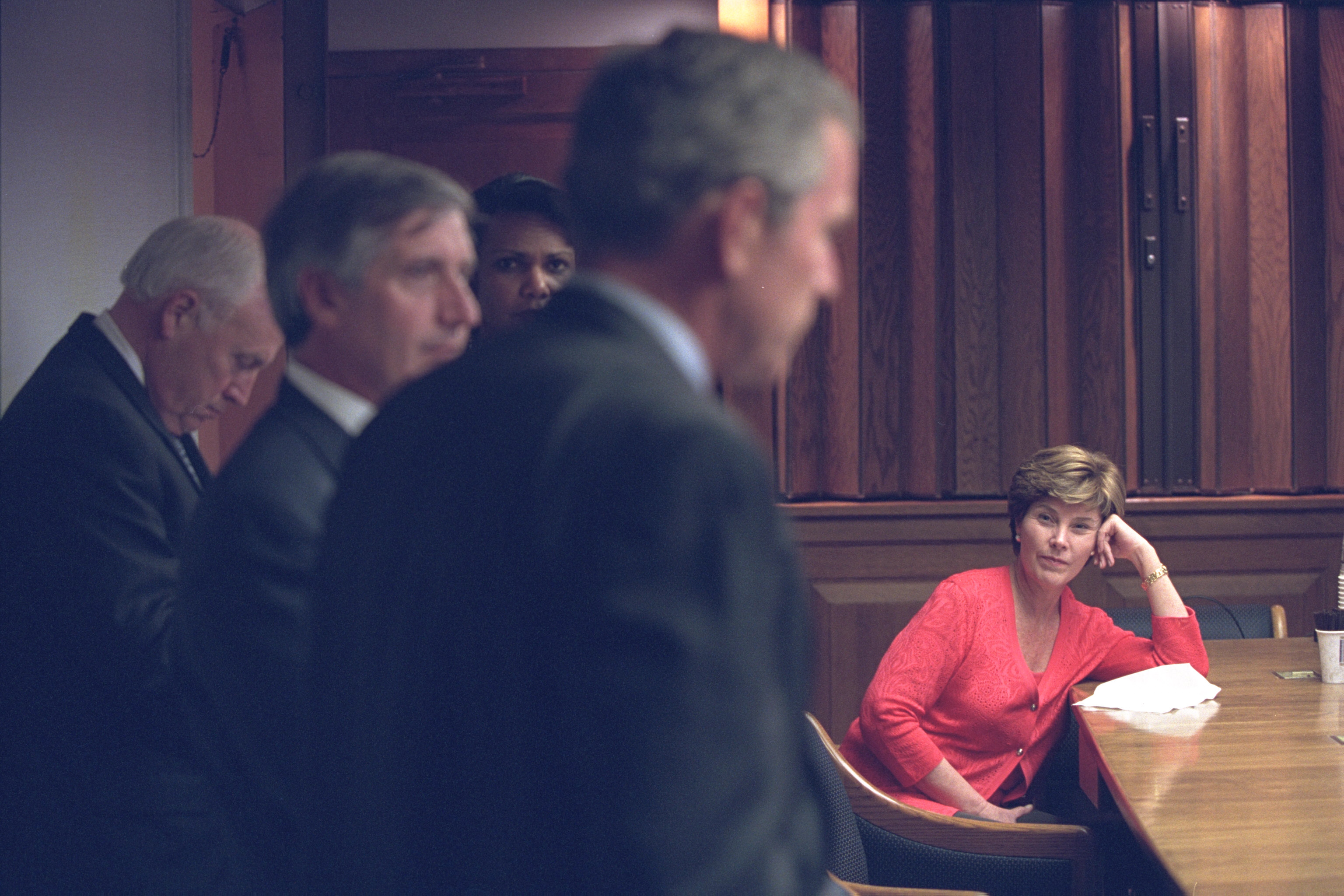 These images are from never-before-seen photographs of President George W. Bush reacting to the 9/11 attacks, released exclusively to FRONTLINE in response to a Freedom of Information Act (FOIA) request.  They offer a powerful new glimpse of history unfolding—from the initial scramble for information when the President learned of the attack — while visiting a classroom of children — and his meetings with senior staff throughout the day, to his return to the White House that evening to address a grieving nation.

FRONTLINE is investigative journalism that questions, explains and changes our world, telling stories others can’t or won’t.  On Tuesday, May 17, at 10pm WGBY airs the premiere of FRONTLINE: The Secret History of ISIS, how ISIS was created and how the U.S. missed the many warning signs.

that you can explore by clicking here.

The FRONTLINE team has covered 9/11 and its legacy in many films, including BUSH’S WAR, CHENEY’S LAW, and the upcoming THE SECRET HISTORY OF ISIS.