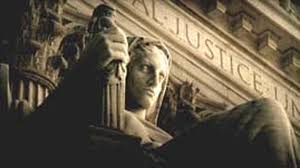 An educated electorate is critical to democracy’s health.  A New York Times article, Teaching Students That Judge Judy Is Not a Supreme Court Justice, reports that one of the most powerful judges in the Eastern United States, Robert A. Katzmann, chief judge of the Court of Appeals for the Second Circuit, co-chairs a program that involves the entire circuit in assuming the role of “an engaged and approachable teacher.”

In the article he’s quoted as saying “Something like 70 percent of Americans can’t identify the Constitution as the supreme law of the land [and] ten percent of college graduates think that Judge Judy is a Supreme Court justice.”  The far-reaching program he helps to head — Justice for All:  Courts and the Community —  gives students opportunities to learn about basic legal practices and research, explore legal libraries, and even lunch with justices.  In addition, it edits high school law class curricula.

To assure students you teach know the basics about our courts and the law, you’ll find resources for everything from the Supreme Court to criminal justice and more at PBS LearningMedia.