As you probably know, September 15 – October 15  is Hispanic Heritage Month.  To teach students the rich history of Latinos and our country, stories of U.S. Latinos inform the broader American narrative, and Latinx experiences illuminate our history.

You’ll find lesson plans, videos, and more classroom resources to support teaching Latinx history for grades 4-12 in a collection that invites teachers and students to END_OF_DOCUMENT_TOKEN_TO_BE_REPLACED

A recent article in Today entitled, We need Mister Rogers’ video messages after 9/11 now more than ever, reminded me how Fred Rogers’ words continue to calm and instruct — both children and adults.  This video was made when Mister Rogers Neighborhood was no longer on the air, and he was said to doubt whether videos such as this one would do any good. 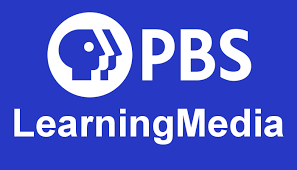 PBS LearningMedia understands that you face a challenging, uncertain school year and invites you to join a special webinar on PreK-12 classroom planning this Thursday, September 17 @ 7pm ET.

In advance of the webinar, hosted in partnership with Share My Lesson, all registrants will receive a digital copy of a custom planning kit filled with eight weeks worth of relevant resources.  During the virtual event you’ll learn how to use the Teacher Planning Kits for END_OF_DOCUMENT_TOKEN_TO_BE_REPLACED

“To be disenfranchised is to be told that you do not matter, because the right to vote is about the power that governs your possibilities.” – Professor Marcia Chatelain, The Vote

There’s still time to register for tonight’s webinar at 7:00PM ET, The 100th Anniversary of the 19th Amendment:  The Battle for the Right to Vote.  You’ll celebrate the centennial of the 19th Amendment and learn how suffragists ultimately triumphed after one of the longest civil rights struggles in American history!

Professor Marcia Chatelain, featured scholar in American Experience’s The Vote, will speak about the significant contributions of African-American women in the suffrage movement, and other educators will share new resources END_OF_DOCUMENT_TOKEN_TO_BE_REPLACED

On Tuesday, July 28 at 7:00 PM ET, you’re invited to take part in a virtual discussion featuring a panel of Massachusetts educators on cultivating anti-racist classrooms and practices.

During the discussion entitled Navigating White Privilege and Building an Anti-Racist Classroom, panelists will answer questions and share how they’re navigating their white privilege in schools, how they’re acting on their commitment to anti-racist teaching, and ideas for how to support students END_OF_DOCUMENT_TOKEN_TO_BE_REPLACED

Making Space for Conversations about Racism and Implicit Bias is a virtual discussion is for grade 6-12 teachers across the Commonwealth.  This unique exchange offers a chance to speak candidly in small educator-facilitated groups about how to thoughtfully plan conversations with students around race, implicit bias and the public outcry for social justice.
The Peer Exchange is limited to

END_OF_DOCUMENT_TOKEN_TO_BE_REPLACED

Recently, you may have been hearing about Juneteenth — another word for June 19 — which is the oldest known celebration of the end of slavery in the United States.  As we learn in this All About the Holidays video (and much more!), Juneteenth is now celebrated in communities  across the country since its origins in Texas.

The following post was written by MaiCherish Harris, Elms College student and intern at WGBY/NEPM.

As we see in this video clip, Hero Elementary is a school for budding superheroes.  Here kids learn to master their innate powers, like flying and teleportation, while exploring science along the way. The new series, which recently premiered, gives children ages 4 to 7 important tools to help solve problems by encouraging them to think and act like scientists, igniting their natural curiosity.  The show also showcases character and social-emotional concepts such as kindness, empathy, and commitment to working together.